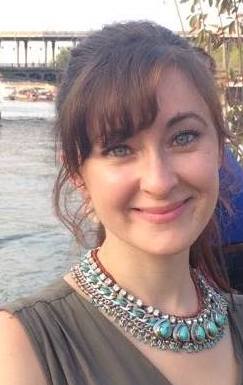 Sandhya is a social anthropologist who specializes in issues of law, discrimination and inequality. Her research explores the relationship between legal norms, personal experiences of violence, and social imaginaries of hope, justice and restitution. Located at the intersection of anthropology, phenomenological theory and critical legal studies, her work analyses the potential of state law and human rights regimes to address structural inequalities and counteract culturally specific forms of discrimination and oppression.

Sandhya completed her PhD in Social Anthropology at LSE in 2020, where she was affiliated with the International Inequalities Institute (III). She holds an MPhil degree in Social Anthropology from the University of Oxford and a BA in Anthropology and Philosophy from Colby College, Maine, USA. She is a graduate of the United World College of Southern Africa (UWCSA). Her research has been funded by the Leverhulme Trust, the Wenner Gren Foundation and the German Academic Exchange Service.

Her PhD Thesis entitled “An Atrocious Hope: Dalit Voices and Legal Performance in the Production of the Prevention of Atrocities Act in Rajasthan” examined how Dalit (formerly “untouchable”) communities in the Indian state of Rajasthan mobilize the 1989 Scheduled Castes/Scheduled Tribes (Prevention of Atrocities) Act, one of India’s most ambitious and controversial antidiscrimination and hate crime laws, to navigate continuing concerns of social, political, and economic disadvantage and violent discrimination. Based on 18 months of ethnographic fieldwork in Rajasthan and Delhi, Sandhya’s work puts discussions about the personal and social effects of traumatic violence in conversation with debates about legal evidence, and considerations of law as an institutionalized horizon of possibility. It analyses what success means in the context of antidiscrimination and hate crime legislation and what possibilities and agencies such laws engender.

“Injuries on the Margins: Hate Crimes, Recognition and Legal Remedies”

Fuchs, Sandhya. 2020.” Give me the space to live”: Trauma, casted land and the search for restitution among the Meghwal survivors of the Dangawas massacre.” Contemporary South Asia, Special Section, BASAS 2019, 28(3)

Fuchs, Sandhya. 2018. “Indian Supreme Court curbs one of the world’s most powerful anti-discrimination Laws” OpenDemocracy, May 26, 2018.